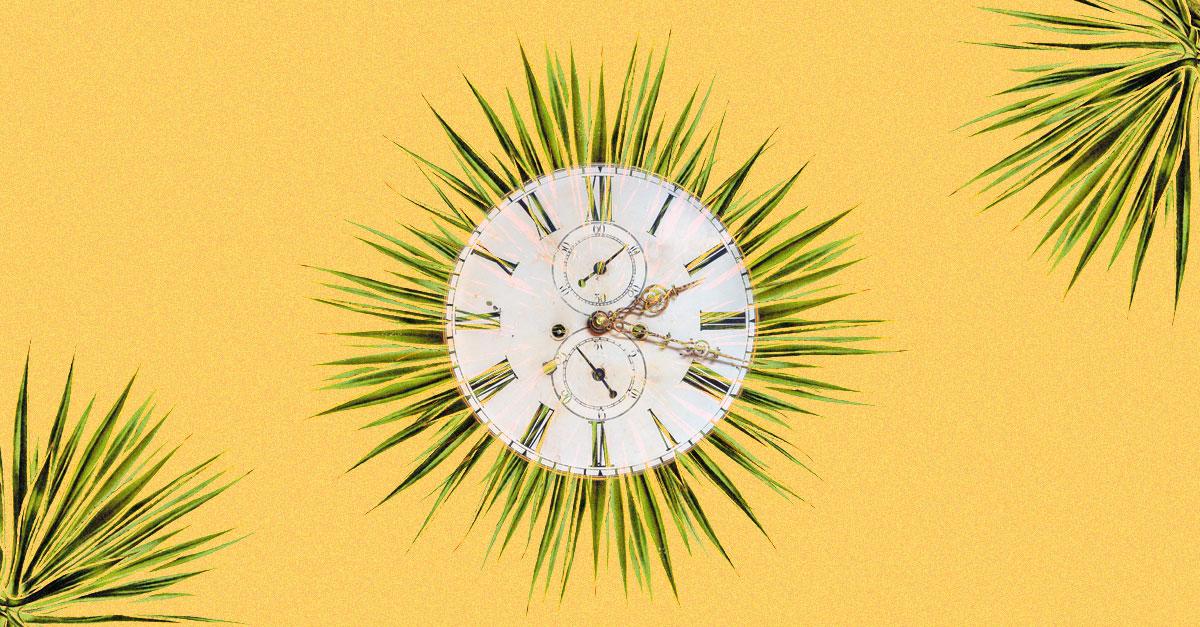 This article is part of a series, highlighting the importance of additive-free and authentic tequila, partnered by PATRÓN. Discover more at The World of PATRÓN.

In the world of distilled spirits, maturation often plays a crucial role. Most understand this as it applies to whiskey, where aging is an important step in the journey from grain to bottle, as bourbon, Scotch, Irish whiskey, and other brown spirits spend at least some time in a barrel before they are ready to serve. However, tequila is no stranger to aging, with reposado, añejo, and extra añejo expressions spending successively longer periods of time in oak. Yet the real waiting time comes before distillation, in the fields, as the Weber Blue agave (the only kind that can be used to make tequila) slowly matures until it’s ready for harvest. This can take upwards of at least five years, requiring patience and foresight. The folks at PATRÓN understand this very well and do not cut corners in any part of the production process.

“Allowing for the agave to fully mature is crucial to the quality of tequila, as it brings out the depth of flavor,” says David Rodriguez, PATRÓN master distiller. “Our jimadors harvest only the finest 100 percent Weber Blue agave with the highest sugar content, which takes at least five years to fully mature. While this requires much patience, this process delivers the exceptionally smooth flavor [of] true tequila.” Rodriguez also points out that allowing the agave to reach adequate maturity is important to environmental sustainability, as it allows for the natural reproduction cycle of the plant to occur. In the Mexican state of Jalisco, agave plays an outsized role in the local ecosystem, so it’s important to let these biological processes proceed without interruption.

Over the past few years, there has been talk of agave shortages in Mexico, something that has alarmed both tequila producers and drinkers alike. The reality is that there are several factors that have led to this conundrum, which was unfortunately heightened over the past year due to the coronavirus pandemic. According to Rodriguez, a lack of strategic planning on the part of some tequila producers means that they have been unable to keep up with long-term demand. “It’s imperative that brands plan accordingly on how much agave they will need by projecting how much tequila they need to produce,” he says. “For almost 19 years, we have created long-term contracts with our farmers to avoid shortages in accordance with our production plan.”

Increased demand for tequila has also played a part in the shortage of mature agave, as the spirit continues to grow rapidly in popularity here in the U.S., especially in the premium 100 percent agave category. “The demand for agave has increased and therefore a greater number of people who are not farmers have planted [it] without knowing the needs of the tequila industry,” says Rodriguez. As an example, he says that last year there were about 70 million agave plants in Mexico, but an additional 258 million were planted, which will likely result in overproduction in the future and a potential loss of harvest. “Overproduction of agave actually results in diseases in healthy agave (due to not being able to maintain it),” he says, “which would then cause another shortage down the line.”

Another downside to harvesting immature agave is that some producers are now using diffusers instead of traditional methods. A diffuser is an efficient piece of equipment that quickly extracts the sugar from the plant by spraying it with high-pressure water and acid, but arguably results in inferior tequila. Detractors often refer to diffuser distillate as “aga-vodka” because of its lack of flavor. This is something that PATRÓN pledges not to do, as the brand believes that the longer, more expensive, and traditional processes it utilizes truly result in a superior tequila that remains a pure expression of the spirit.

“While other tequila companies might cut the cost and time of production by using premature agave to meet quantity demand, PATRÓN understands the importance of allowing the natural maturation process to take place for quality taste,” says Rodriguez. “By allowing the agave to develop completely, PATRÓN is able to forgo using additives, such as sugar, to alter or enhance the flavor, color, or aroma of its tequila. Remaining additive-free is of top importance to PATRÓN and [is] one of our core values when it comes to creating quality tequila for our consumers.”

For PATRÓN, respect for the agave itself, as well as the families who have cultivated the land for generations, go hand-in-hand. “From start to finish, PATRÓN … prioritizes maintaining healthy and deep relationships with its farmers,” says Rodriguez. “We are more than just tequila and carry this commitment to our communities in all we do.” To that end, PATRÓN uses only the highest-quality, fully mature Weber Blue agave that aligns with the distillery’s impeccably high standards. For its team, there’s really no other way of doing things than to focus on quality and sustainability in the tequila industry. The adage that “good things take time” is true more often than not, something that this forward-thinking premium tequila brand both preaches and practices.

This article is sponsored by PATRÓN.

The article In the Agave Life Cycle, Time Means Everything appeared first on VinePair.

Why Bushmills Is the Irish Whiskey You Should Be Drinking This St. Patrick’s DayVinePair