Your Aunt Was Right: The Hot Toddy Is The Cure To The Common ColdVinePair With temperatures dropping and seasons changing, chances are you or someone you know will pick up a cold at least once over the course of the year. And while there are plenty over-the-counter remedies you can get at your local pharmacy, it might actually be a better idea to head to your liquor store, grab a nice bottle of whiskey, and make a hot toddy instead.

When you have a cold, one of the main ways your body is able to fight it off is by getting enough sleep so that you’re well rested. While you could turn to NyQuil to try and help with that job, a hot toddy works just as well — and a bit more naturally — at relieving your symptoms, so you can rock off to sleep without the morning grogginess that some folks experience with nighttime cough and cold medicine.

For decades (or maybe even centuries) people have used the hot toddy as a natural remedy for easing all those aches and pains that are associated with the common cold. For the most part, it was just assumed that it was one of those antidotes, like chicken soup, that works because your brain thinks it works and not because there is actual science behind it (a.k.a. the placebo effect). But as it turns out, a hot toddy is actually pretty great, from a scientific perspective, at soothing your cold.

The reason many of us use cold and cough drugs like NyQuil is because they not only ease our congestion, but they help us fall asleep too. And it turns out that the core ingredients in a hot toddy — whiskey, hot water, honey, and lemon — do pretty much the same thing.

A great decongestant, the alcohol in whiskey dilates the blood vessels, making it easier for your mucus membranes to deal with the infection. Combined with hot water (or herbal tea, if you prefer), a squeeze of honey, lemon, and the warm steam emanating from the drink, you have the perfect concoction to help clear up your cold symptoms. And by the time you finish the drink, you won’t only be breathing a bit easier, but the alcohol will also start working its magic in the sleep department, making you just drowsy enough so you can get some much needed shuteye.

As with any remedy that incorporates booze as a main ingredient, there is such a thing as too many hot toddies if your goal is to actually feel better. While the alcohol in one drink is great for falling asleep and feeling rested, one too many and you may wake up the next morning with worse symptoms than you had before. So stick to one, and you should be good to go.

Here’s Our Recipe for the Best Hot Toddy:

Combine all ingredients in coffee or tea cup. Garnish with lemon side studded with clove and enjoy. 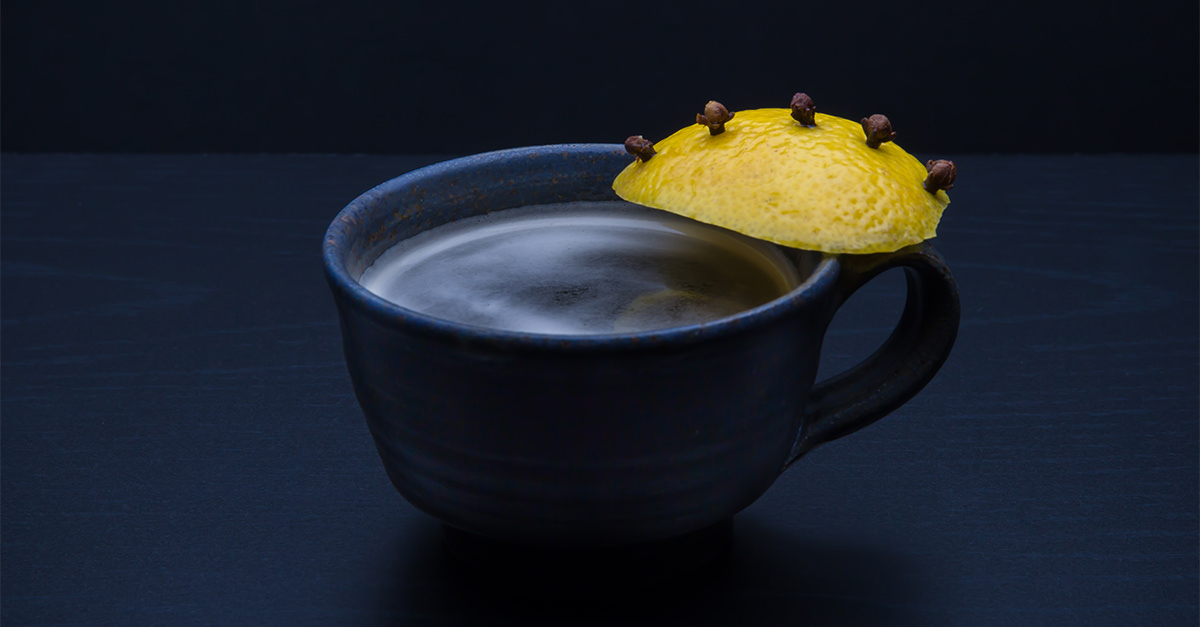 The article Your Aunt Was Right: The Hot Toddy Is The Cure To The Common Cold appeared first on VinePair.

Ask Adam: Is It Bad to Use Stemless Wine Glasses?VinePair