The Number of Dunkin’ Locations in Every U.S. State [Map]VinePair It’s said that “America Runs on Dunkin’,” but does that statement ring true through every state? The first Dunkin’ Donuts — rebranded “Dunkin’” in 2018 — popped up in the small town of Quincy, Mass., nearly 70 years ago. Now the franchise known for its self-described premium blends and cheap frosted treats can be found in 41 states, with over 9,000 locations coast to coast.

Of those thousands of storefronts — 9,320 as of this writing, to be exact — a majority of locations can be found in the Northeast region (cue the meme of Boston boy Ben Affleck juggling a handful of Dunkin’ coffees). Despite the Dunkin’ homefront being in Massachusetts, New York swept away the competition with 1,435 stores across the state. New York City alone has 170 stores, second only to Chicago with 214 stores.

Yet, there are still 11 U.S. states and territories without any Dunkin’ locations. Washington State (home to Starbucks), Montana, and Puerto Rico are among the Dunkin’ deprived. But if you reside in the other 41 states, there’s a good chance that a Dunkin’ is right around the corner.

How many Dunkin’ stores are there near you? Find out below. 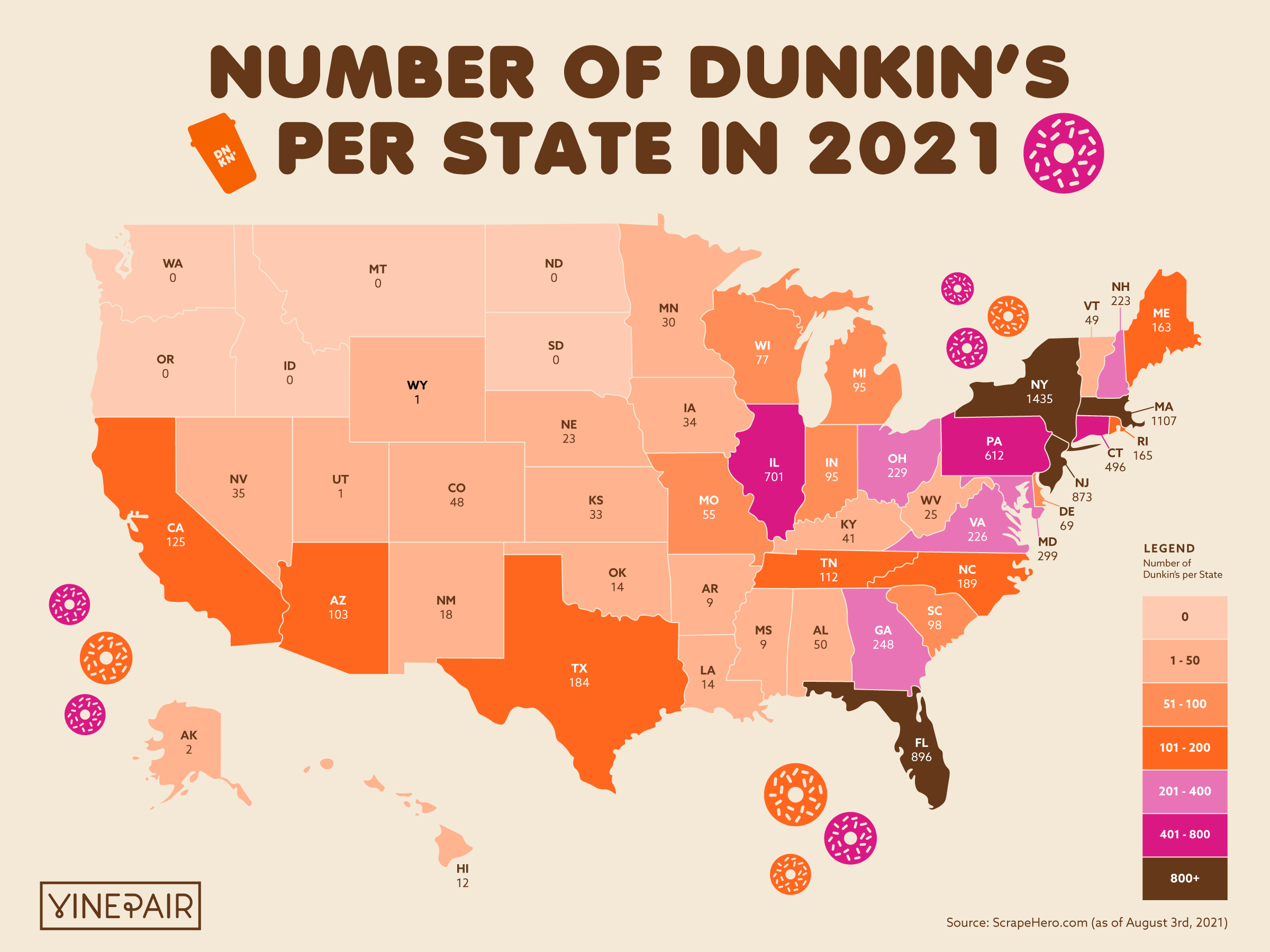 The article The Number of Dunkin’ Locations in Every U.S. State [Map] appeared first on VinePair.